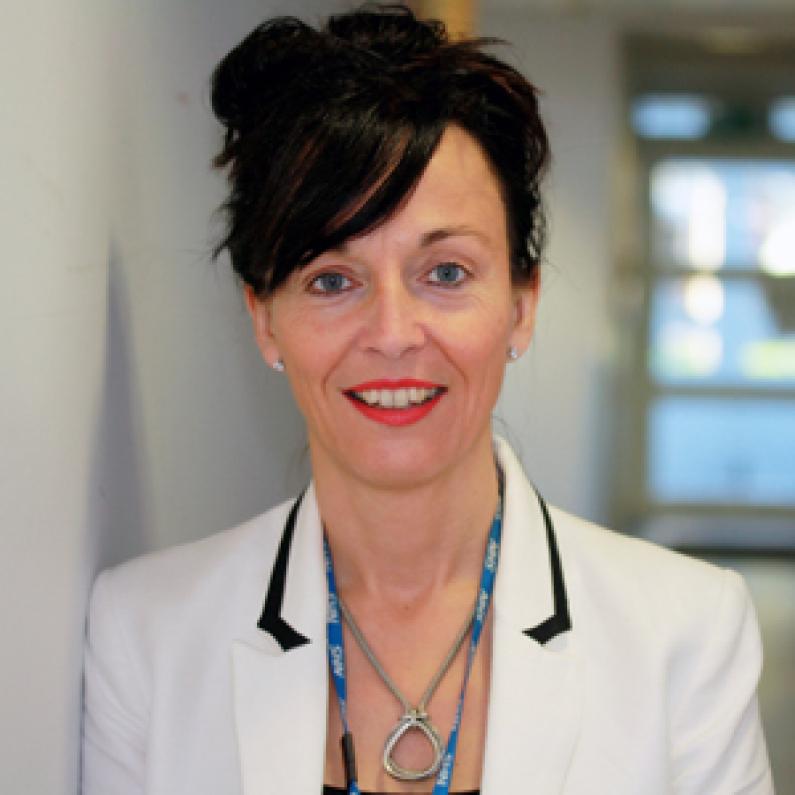 New partnership will bid and deliver contracts together and is “keen” to secure a local MCP contract once released.

The organisations have an “equal” share in the new company with three board directors each.

A Midlands trust has signed one of the most advanced formal partnerships with a GP federation in a move to become a multispecialty community provider.

Angela Hillery said the partnership was about ‘planning, being responsible and accountable together’

The company covers a population of 272,000 across Kettering, Corby, Wellingborough, east Northamptonshire and surrounding areas. The partnership is not one of the national new care model vanguards.

Northamptonshire Healthcare’s January board paper said the trust has acquired an “equal shareholding” in the partnership as part of the deal. The company’s board has three members each from the trust and the GP federation, including trust chief executive Angela Hillery, and 3Sixty Care director Nicki Price.

Ms Hillery said the integrated approach will see the trust and 3Sixty Care “contracted together… and working to deliver contracts together ultimately”.

The parties have been collaborating over the last 18 months, with 3Sixty Care purposefully set up in 2015 to allow a future acquisition of shares, with the intention that the trust could become a formal partner in future.

Speaking about the formal partnership, Ms Hillery said: “This is different [from a collaboration] and it is intentionally so. Other collaborations are clearly important but they don’t bring accountability. [The partnership] gives us a planning lens [and is] about planning together, being responsible together and accountable together. That is what the Five Year Forward View is demanding of us now to create a new future together and to be bold… about that.”

The partnership has already won a bid to provide primary care streaming at Kettering and is “keen” to win an MCP contract. If it did so it would be working with others but the partnership would be the “dominant feature”.

Ms Hillery said: “There are early indications from commissioners about wanting to get an MCP under way locally so we wait to know what will emerge.

A spokesman for Nene Clinical Commissioning Group said that it is working with Corby CCG “to prepare the local provider market for new care model contracts”, but he did not give a date for when MCP contracts are likely to be tendered.

He added: “Same day primary care delivery at scale is a crucial first step towards this. Our intention is this will free up time for GPs and other practice staff to work as part of a wider multidisciplinary team that includes community health services staff in our collaborative care teams. Outcomes based, long term condition management is also a major part of our emerging plans for 2017 to 2018 and this is articulated within the Northamptonshire STP.”

The 3Sixty Care Partnership is also part of a formal “primary care home” pilot for the National Association of Primary Care. The initial bid was for four PCHs to cover 160,000 patients, though the partnership has ambitions to develop seven hubs to cover 270,000 patients.

Can't Find What You Are Looking For?

Type a search term into the field above and we'll show our best matching results.